You might think they should be easy to identify – invasive species are seemingly everywhere we look, even carried inadvertently by people to the polar regions. And as one of the biggest threats to biodiversity, identifying which species are likely to become invasive is important.

Australia has some of the strictest quarantine measures in the world, based partly on trying to identify which species will be permitted to enter the country because the risk of invasiveness is low. Yet the number of naturalized species in Australia continues to rise, and the species are becoming more phylogenetically diverse, with increasing diversity of trading partners.

Why can’t we do a better job of identifying which species will become invasive? Well, a new paper led by Jane Catford identifies one problem. 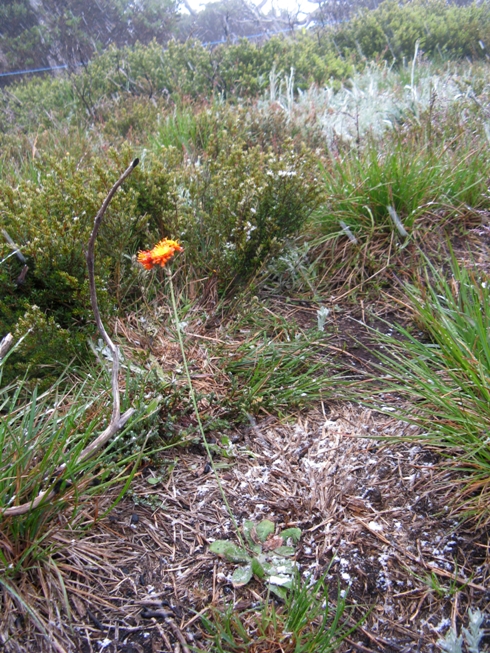 Are orange hawkweeds regarded as being invasive because they spread quickly, potentially reach high local abundance, have broad environmental tolerances, or because they might spread across large geographic areas? Or is it some combination of these? Attempts to identify the traits that make species “invasive” should work better by examining these biological dimensions separately.

If we just think of these four criteria, then a species might have any one of 16 possible combinations. And only one of these sets of criteria would represent a species that would categorically be “non-invasive”. So we might have (at least) 15 forms of invasiveness (24 −1 = 15). And if you add a fifth category (e.g., species having adverse impact), then we would end up with 31 possible forms of invasiveness (25 −1 = 31).

The 15 possible forms of invasive species (and the one form of non-invasives species). The size of the pie slice identifies the proportion of studies that classified invasive species by these criteria (from Catford et al., 2016).

This wide range of ways in which invasive species are classified will obscure efforts to identify a consistent set of traits of “invasive species”. Because traits that imbue species with broad environmental tolerances, for example, will be different from those that permit high rates of spread.

Examining traits linked with the four demographic dimensions of invasiveness (rather than “invasiveness” per se) should help highlight species at risk of becoming dominant, spreading quickly or occupying large ranges. That seems like a more fruitful way to identify invasive species because the meaning of “invasiveness” is defined more clearly.

I conduct research on environmental decision making and quantitative ecology. My teaching is mainly at post-grad level at The University of Melbourne.
View all posts by Michael McCarthy →
This entry was posted in CEED, Communication, New research and tagged abundance, environmental range, geographic range, invasive species, Jane Catford, plant traits, rate of spread. Bookmark the permalink.
%d bloggers like this: