Posted on February 12, 2013 by Michael McCarthy

This is a post about a new paper, which forms part of the PhD thesis of Yacov Salomon. Yacov is jointly enrolled in the School of Botany and the Department of Mathematics and Statistics at The University of Melbourne. 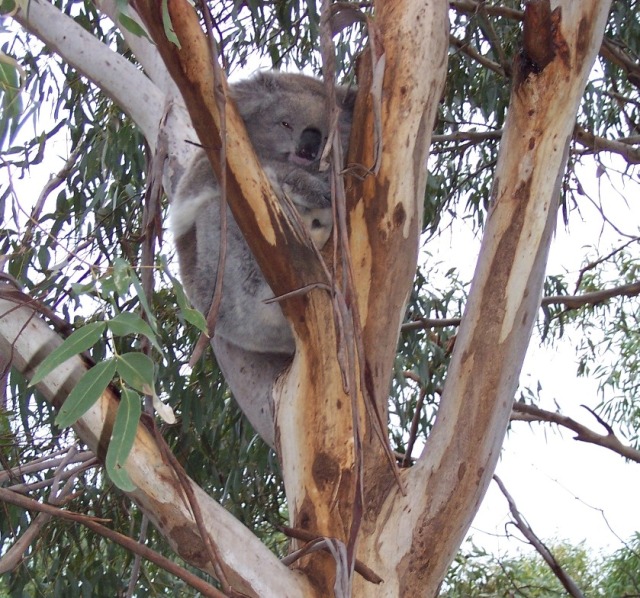 If managing koalas, should we target fecundity or survival rates? And if we are unsure of the effectiveness of management, should we do a bit of both? If so, how much should we spend on each?

The idea behind this paper arises from two strands. Firstly, we have the paper that Peter Baxter led on incorporating costs into sensitivity analysis. The essence of that paper was to take standard sensitivity analysis of matrix population models and incorporate costs. Previously, recommendations from sensitivity analysis typically suggested targeting the transitions to which the growth rate was most sensitive. Peter’s paper, however, simply noted that those recommendations should account for possible differences in costs. So rather than thinking about changes in population growth as a function of changes in parameters, the analysis should focus on changes in population growth as a function of how much money is spent attempting to change parameters (e.g., a manager might compare the efficiency of managing fecundity or survival). A key gap of this paper was that uncertainty in the efficiency of management was ignored.

The second strand arose from thinking about environmental management decisions as a problem of efficient allocation of limited resources, possibly where the outcome of management is uncertain. In this case, the optimal solution can be obtained using theory derived for financial investment. Elegant solutions can be obtained under particular assumptions (e.g., assuming that uncertainty is well described by normal distributions). An important insight of this paper was that attitudes to risk and the aspiration of managers drove the optimal decision. A key gap was that uncertainty might not follow a easily defined distribution, such as a normal.

This is where Yacov’s work sprang from. Does the choice of distribution matter, especially in cases when the normal distribution assumption is likely to be violated? The answer is, unfortunately, yes. The new paper shows that the optimal allocation depends on the model of uncertainty that is assumed. The paper uses two cases studies: control of over-abundant koalas and protection of olive ridley sea turtles.

I’d argue that the effectiveness of management actions is rarely measured. Uncertainty about this measured benefit of management, perhaps measured by a standard error, is rarer still. Yet even rarer is any assessment of the distribution of the uncertainty. Yet this new paper shows that assumptions about the distributional assumptions matter when aiming to find the best way to spend limited resources. However, defining appropriate models for uncertainty is likely to be difficult. I’m not sure if there is a simple answer to that problem.